Possessive pronouns are a type of pronoun (a word that replaces a noun) that indicate possession, that is, they tell us who something belongs to. 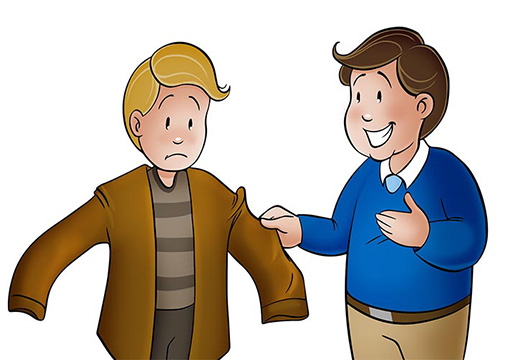 This jacket is mine.

Is this kite yours?
Anuncios

2. Which possessive pronoun should we use?

To use a possessive pronoun we will have as a reference the personal pronoun to which the possessor corresponds.

1The pronoun its is rarely used.

To designate one or more people from a group, we can use the following structure:

Subject + of + possessive pronoun
A friend of hers is a dentist.
Some pupils of mine were ill yesterday.

In English we never put an article before a possessive pronoun:

This is not my jacket. The Mine is black.
These are my toys. The Yours are in the box.
Anuncios