Ordinal numbers indicate the position that an element occupies within an ordered series. These numbers can be expressed in words (first, second...) or in an abbreviated form (1st, 2nd...)
Anuncios

The first three numbers have the endings -st, -nd, -rd.

However, from the fourth onwards, we will take the cardinal number and we will add the ending -th to it. 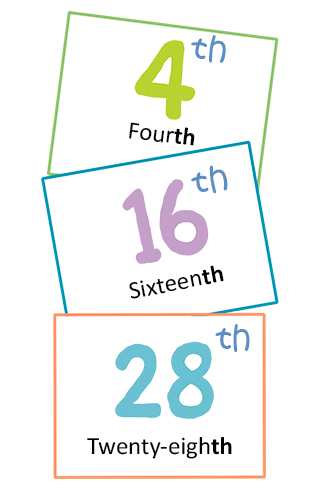 In the tens ending in zero, the -y is replaced by an -i and then the ending -eth is added. 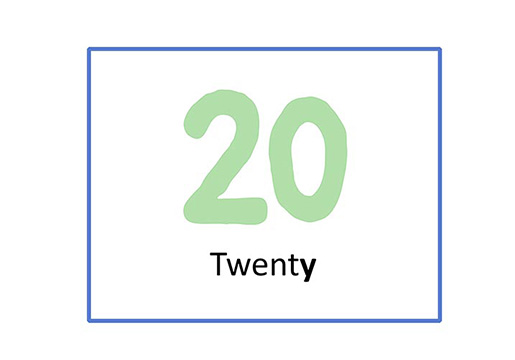 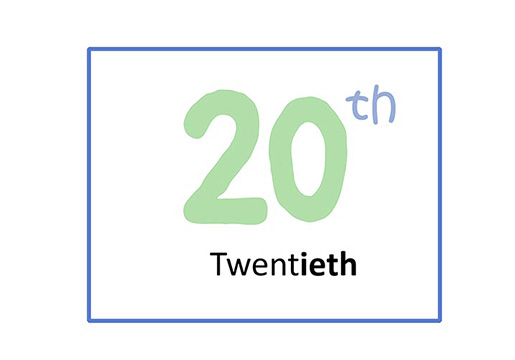 In the tens containing numbers 1, 2 and 3 we will add the ordinals first, second and third to them respectively. 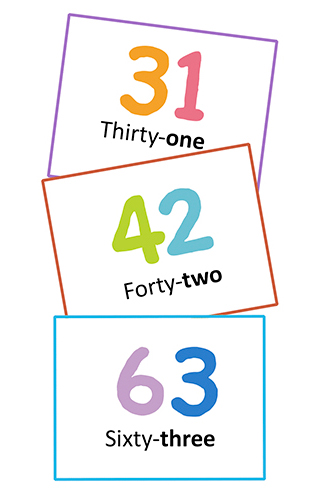 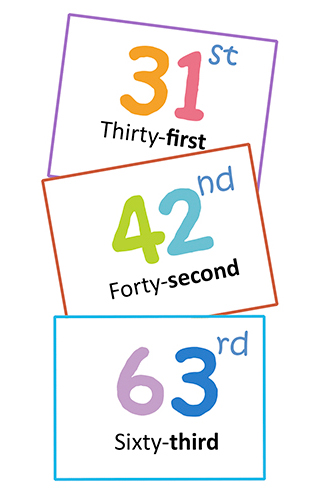 Numbers 11, 12 and 13 do not follow the same pattern. They end in -th:
I live on the eleventh floor.
Her birthday is on twelfth of August.
Anuncios

4. How are ordinal numbers used?

When we refer to kings, queens and popes in written, we usually use roman numerals, but we pronounce them like an ordinal number.
Anuncios

The first three numbers have the endings -st, -nd and -rd:

The other numbers adopt the ending -th:

It should be noted that the tens ending in zero adopt the -ieth ending: