The present perfect is mainly used to refer to actions that began in the past and continue in the present. 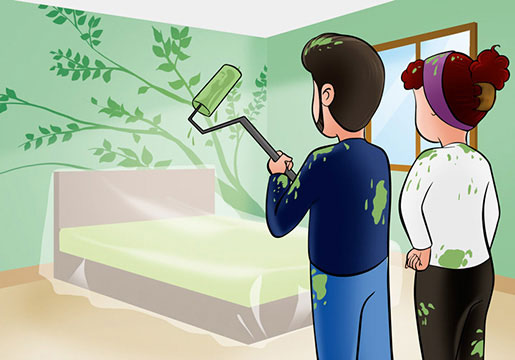 They have painted their bedroom.

She has written several novels.
Anuncios

Interrogative sentences in present perfect also have their own short answers.

Have you locked the door? Yes, I have.

Has he broken the window? No, he hasn't.
Anuncios

3. How is the present perfect used?

The present perfect is used for:

4. Time expressions with the present perfect

With the present perfect the following time expressions are usually used:

Time expressions that indicate a specific moment in the past, for example: yesterday, on Monday, at 6, last year... are used with the simple past but not with the perfect present unless we refer to a period of time that has not yet ended (this week, today, this year...).

I've had three exams today.
Sue has travelled a lot this year.

In both examples, the time period expressed (today, this year) has not ended.